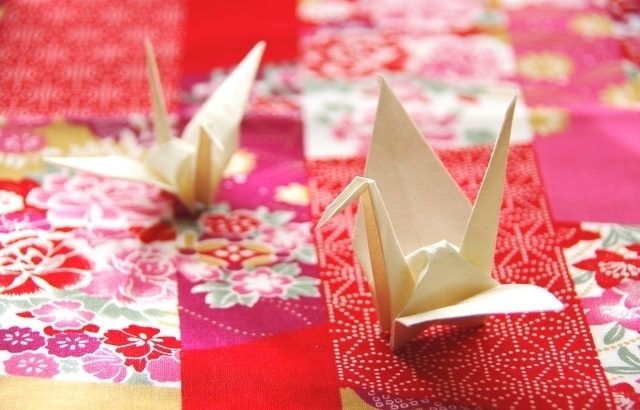 There are many types of art in Japan. One of the most well-known is ORIGAMI 折り紙. You can make crane, ninja star, container…etc. Fold your way to happiness!!

THE EARTH WITHOUT ART IS JUST…MEH

Japanese art covers a wide range of art styles and media such as sculpture, painting, calligraphy, and etc. Actually, when we talked about art, it doesn’t always mean that we talked about paintings and sculptures. There are also the other types of art such as Origami (art of paper folding), Ikebana (art of flower arranging), and etc.

Origami is from two words, “Ori”, which means folding, and “kami”, which means paper. It literally means paper folding. It is an action to transform a flat sheet square of paper into a finished sculpture with using the skill of folding and sculpting.

It is an Origami technique, which uses two or more sheets of Origami papers to create more complex structure. The point of this technique is to fold each individual sheet of paper into a unit, and then assemble those units into a three dimensional structure.

Kirigami is from two words, “Kiri”, which means cut, and “Kami”, which means paper. It is a variation of origami that includes cutting of the paper. It a little bit similar as “Pop-up”, but the difference is that Kirigami is made out of a single piece of paper, while “Pop-up” can be made of several pieces of paper and then glued together.

Don’t shock to know that the art of Origami has received a considerable amount of mathematical study. There are so many mathematics theorems that they used such as Haga’s theorems, which say that a particular set of constructions can be used for such divisions.

Isn’t that interesting? That is called “When art meets science”! If you love art, you can try to learn about this interesting Origami!