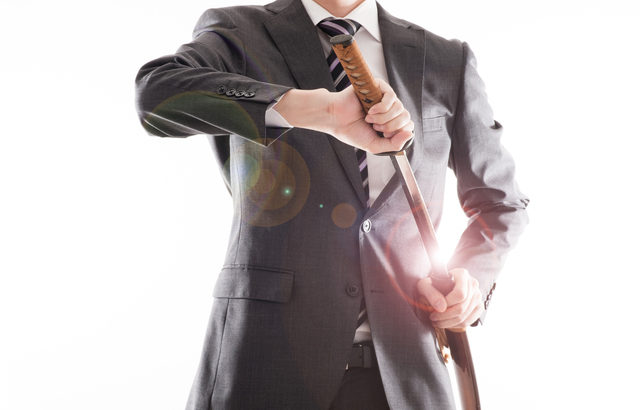 If you play video games, you might be familiar with katana, but did you know that some of them actually do exist?? Check out this article to know more about katana!

One of the most famous katana ‘Masamune’ do exist, but its actually the name of legendary swordsmith.
This means that there are several katana which has the name Masamune in it.

The name ‘Muramasa’ is often used in video games as well as Masamune. It is also the name of a legendary swordsmith. The name Muramasa is often described as a demon blade, which turns people into a killer because of its excess sharpness.

According to one theory, the infamous story comes from Tokugawa shogun. It is because many of Tokugawa family’s death were caused by Muramasa swords coincidentally.

(This image is not real Muramasa sword)

Dojigiri is known as one of the five best katana ‘Tenka-goken 天下五剣’. The name ‘Dojigiri’ comes from the legend of a notorious ogre ‘Shutendoji 酒呑童子’; this katana is said to be the one which killed the ogre in the end.

Onimaru is one of the ‘Tenka-goken’. Its legend is also about an ogre which made Hojyo Tokiyori, 5th regent in Kamakura era, suffer from nightmares. One night, he saw a dream of an old man , who turn out to be a spirit of the katana. After following the his advice in real world, the katana fell down and cut down silver decoration of an ogre. Since then, he never saw a nightmare again.

Imperial Household Agency is currently keeping this Onimaru. Unfortunately, it has only been displayed three times in a history.

(This picture is an image of Japanese ogre)

Mikazuki-munechika is one of ‘Tenka-goken’ and is said to be the most beautiful one. The name mikazuki, crescent moon in Japanese, comes form its beautiful curve. It is also one of the oldest remaining katana in the history, which were made 10th century.

Mikazuki-munechika is kept in Tokyo National Museum as well as Dojigiri. Unfortunately, it isn’t on an exhibition now.

Descendant of the swordsmith who made mikazuki-munechika is still making knives in Nara.

(Sorry, real picture of the katana wasn’t available)三条小鍛治宗近 (only in Japanese)

Odenta, one of ‘Tenka-goken’, was a treasure of Maeda Toshiie. Its width is 3.5 cm, which is lot wider than ordinary katana.

It is kept by Maeda-ikueikai, but hardly in display.

Jyuzumaru is the last katana of ‘Tenka-goken’, which the name comes from a Buddhist rosary which was with the sword. It was long kept by Nichiren temple, therefore, it has less anecdote.

It is on exhibition once a year on November 3rd at Honko-ji, Hyogo.