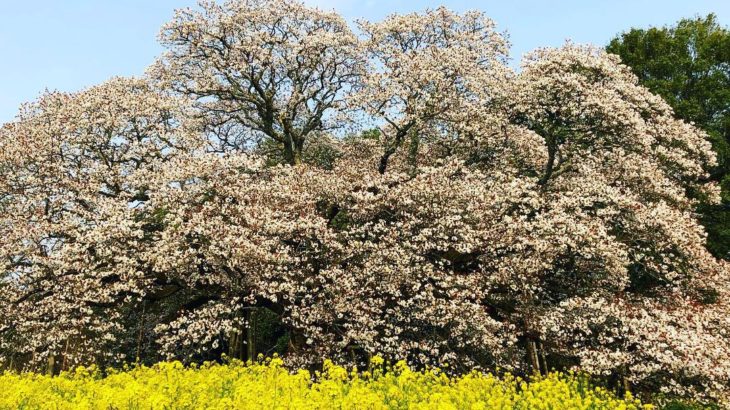 This is a large cherry tree in Yoshitaka in Chiba Prefecture. It is said to be over 300 years old and is designated as a city’s natural monument.

When it is in full bloom, it looks as if a pink mountain has appeared, and it is very large and powerful.

The cherry blossoms were planted on the side of Hokora(祠), who worships the deity of the Sudo family living here.
The building in the picture is Hokora. Hokora is an imitation of the building where God lives. It is shaped like a small shrine.

It is said that the flowering usually lasts about a week later than Somei Yoshino, but since the cold days continued this year, the full bloom has become the same time. The flowering time is short, and the state of full bloom lasts only a few days.

If you can see it, you are lucky!